In today’s world, there’s an app for everything. Want a taxi to drop you off
somewhere? Uber.You want to see paintings from all over the globe?
Check WikiArt. So why is your museum still using outdated audio guides,
when you can make the experience far more fun for your visitors and far
easier for you? Partner with us and you’ll have a working, easy to use
museum tour guide app ready for download in no time. 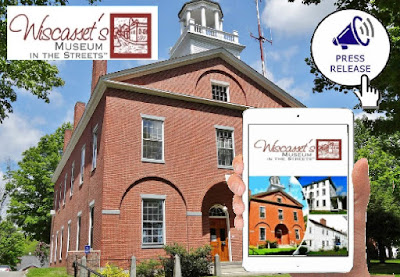 After partnering with us, you’ll see a major rise in positive reviews on websites

or social networking sites, like our partners, Newport Mansions have seen on
platforms such as Facebook and Tripadvisor.
Our apps are available on both Android and Apple app store and have
always been received well by users. Not to mention, you’ll personally be able to
see the positive effect on your museum visitors when they use the
museum tour guide app. 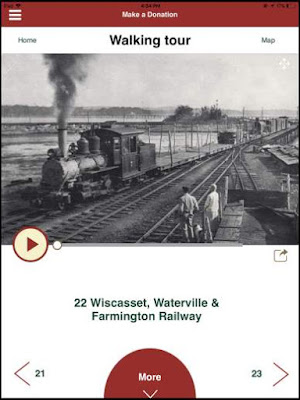 Once downloaded, your app will also be usable offline, making sure your
visitor’s data is not required. The audio tour app functions as normal with or
without having a network connection, making the whole experience even more
seamless. 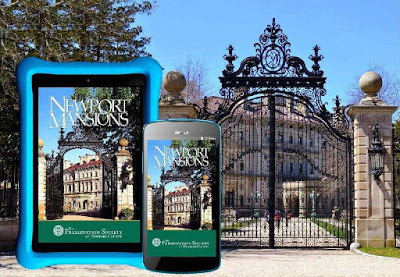 Needless to say, these are only a few of the benefits you would experience by

partnering with us. To know all of them, click here, and to know more about us
as an organization, click here. For any questions, queries, or quotes, don’t
hesitate in contacting us and we will get back to you as soon as we can.

Posted by Action Show App at 08:15 No comments:

Wat Phra Kaew, the Temple of the Emerald Buddha is located within the Grand Palace
and is revered as the most valuable temple in Bangkok. It was completed in 1784 and
has been attracting crowds since then. We found a nice tour guide app focused on inside
of the Bangkok’s Grand Palace. We recommend you to download it from Apple and Android stores. 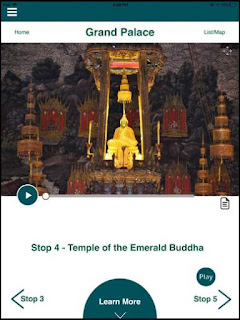 1.Temple of the Emerald Buddha:
This magnificent temple has all of the typical architectural features of a Buddhist monastery
but without the residential quarters. That’s because no monks actually reside here. The
most important building inside the monastery is the ubosot, which is a chapel or ordination
hall. The Emerald Buddha rests inside.
The eaves in the temple are lined with bronze bells which tinkle when a breeze passes,
creating a beautiful and serene atmosphere in the temple.
2. Guardians of the Wat Phra Kaew:
The first sights you'll see upon entering Wat Phra Kaew are two 5 meters high yaksha,
or giants with origins in Hindu/Buddhist mythology. These two giants are known as
Suriya-phop and Inthroachit, and they are the guardians of the temple.

Within the compound you will see other famous mythological creatures, snakes lining the
steps leading to the temple, the sacred half-human-half/half bird Garuda, and lions sitting
on gateposts. 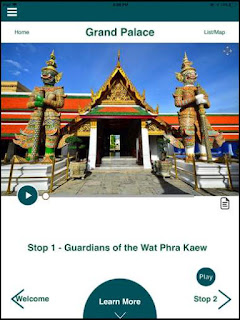 3. Garuda and Nagas lining the outside wall:
Here you see the mythical garuda, a part human, part bird species and the naga, or
snake, lining the outside wall of the ordination Hall of the Emerald Buddha. The Garudas
are huge and powerful but benevolent beings. They have been used as a symbol of royalty
since King Rama the VI. You will see the powerful, omnipresent Garuda perched on official
buildings, on banknotes, passports and all official documents. 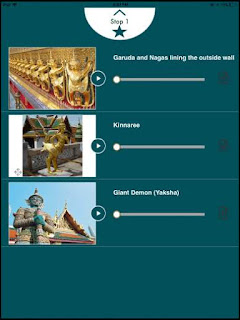 4. Kinnaree:
The Kinnaree are believed to belong to a group of perfectly beautiful sisters who have wings
and tails and can fly between the human and mystical worlds. Throughout Thai history, the
kinnaree has always been an ideal of thai beauty and quality. It is often used as a symbol of
femininity.

If you go to see a traditional Thai dance show, you may see them performing a popular myth
regarding the kinnaree named Manora who was kidnapped from the Himaphan forest to
marry a prince.
5. Giant Demon (Yaksha):
There are 12 yaksha, or demons, protecting the Wat Phra Kaew. In spite of their fierce
appearance, they are charged with taking care of precious things.
The Yaksha is not always given demon faces; they can be quite beautiful. There are
guardian Yaksha but also evil Yaksha who haunt wild places and devour travelers.

6. The Hermit:
As you enter the Wat Phra Kaew, you see a stone statue of a hermit. He is seated, with
a mortar and pestle set before him. The Thai believe that he has special healing powers.
He is considered a patron of medicine. Visitors with ill family and friends pay homage and
make offerings. 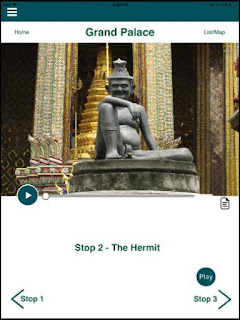 Behind the hermit is a consecrated tower holding a ringed chedi that Rama IV brought
back from one of his journeys to the north.
These are only a few of the beautiful points of interest that await you in the Grand Palace. Make sure you download the Action app (now available on both Apple and Android!) and explore this Palace to your heart’s desire.

Posted by Action Show App at 04:25 No comments:

The most wondrous points of interest inside the Grand Palace, Bangkok

No visit to Bangkok would be complete without a day at the breathtaking Grand Palace.
It is, without a doubt, the city’s most famous landmark. Home of the Thai King, the Royal Court,
and the administrative seat of the government for 150 years, the Grand Palace is an awe-inspiring
location.

It continues to have visitors struck by its beautiful architecture and intricate design details.
When you visit, ensure to check out the below listed eight points of interest inside the palace. There
is also a nice app that describes “inside of the palace” nicely. I recommend downloading and
reviewing it before visiting visiting and also using it while you are there for point by point (step by
step) guiding.

The app is from Action Tour Guide on Apple and Android stores. You may want to
check out the free demo they offer before spending a couple of dollars to buy it. If you use it, you
will not need any other guide. 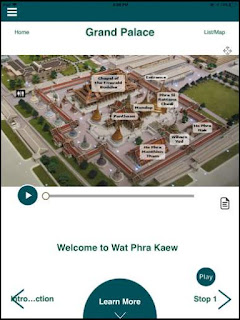 of Thailand. It is a figurine of the meditating Buddha seated in a yogic position, made entirely of Jade.
This legendary statue has a mysterious history, dating from around the 15th century and has been at
this temple for 234 years!

The two earliest structures erected within the complex were the Dusit Maha Prasat Throne Hall,
and the Phra Maha Monthian, or royal residences.

3. Phra Si Ratana Chedi (Golden Chedi): The Phra Si Rattana Chedi anchors the west end of the
upper terrace. It is faced with small gold mirrored tiles, making it shinier than other pagodas.
This chedi houses the Buddha’s ashes and is an absolute must visit. It is very beautiful. 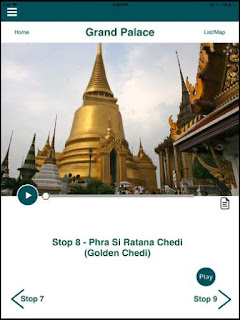 4. Prasat Phra Thep Bidorn (The Royal Pantheon): This magnificent building was built to be the
house of the Emerald Buddha but due to unseen events, it became a shrine to the kings of the
Chakri Dynasty holding life sized statues of their kings.

5. Palanquin Mounting Platform: The Palanquin mounting platform is an open pavilion on the east

wall of the Dusit Maha Prasat. The pavilion was built by King Rama IV as a robing pavilion for the
king to change his regalia when entering the Maha Prasat premises.