An insight into the Famous Jain Pilgrimage Center with Palitana App

A sacred city, Palitana is located at distance of about 215 km from the city of Ahmedabad in Gujarat. Palitana is considered as one of the most popular pilgrimage areas for Jain people. Five different hill locations with their distinct group of temples are considered holy for Jain people, out of which Palitana is the most important one. Palitana has the maximum number of Jain mandirs and Jain temples. Many of the Jain temples in Palitana were built during the 11th, 12th and some during the 16th century. 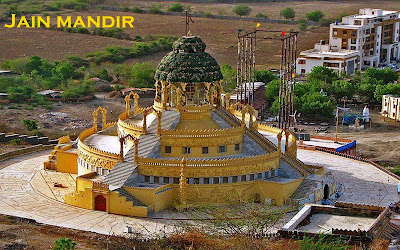 Now you have an app to assist during your Palitana tour. The Palitana app provides information regarding the places you can visit during your Palitana tour. This app works on both Android and iOS. Another great feature of the app is that it can work without data. You just need wi - fi connection or data connectivity initially to download the app. After it has been downloaded, it can work without the connection also. With the help of the app, you no longer require a local guide as the app covers the stories about Palitana, Jain mandirs located within and its history. 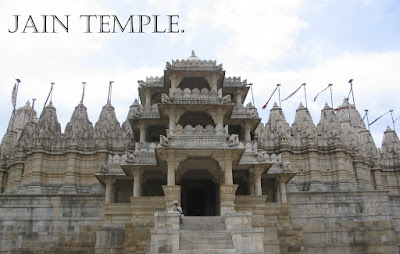 The best time for you to visit Palitana is from July to September, the monsoon season & October to February. If you want to take a flight to Palitana, Bhavnagar is the nearest airport. The railway connectivity is from Bhavnagar to Palitana (a small railway station). You can also go by road.
v  One of the most famous tourist attraction is Shatrunjaya, which is the holy pilgrimage for Jains.
v  Chaumukh temple has a large four-faced structure of Adinath can be seen on the marble pedestal.
v  Adishwar temple in Palitana has nicely decorated roofs and pillars.

If you wish to see other places around Palitana, Bhavnagar (51 km's) and Lothal (143 km's) are other popular tourist attractions.
Posted by Action Show App at 05:29 No comments:

The Grand Palace is open every day from 08.30 – 15.30 Hrs. The state government is responsible for taking care for this tourist destination and it takes care of the Grand Palace Bangkok opening hours as well as closing hours. To get accurate details, you can check the official website and other reliable sources online. The tourists can enter inside the Grand Palace from the WisetChaisri Gate without any issue. 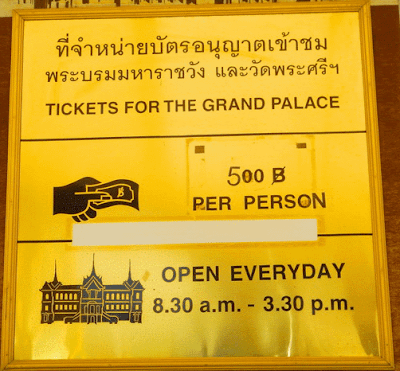 There is an app available with all the details about the Grand Palace Bangkok. This app is compatiblewith both Apple and Android. The information provided by this app is very true and are being updated frequently. 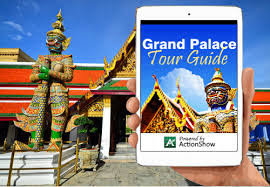 This app will guide you through the Opening Hours of Grand Palace along with other important things like the dress code for the Grand Palace. This app has 3D-maps, voice guide with transcripts. It has nice images which you can carry home.

Dazzling, amazing and magnificent – these are some common compliments Grand Palace gets from the tourists. If there is one must-see place, your Bangkok trip is complete without; The Grand place is definitely the answer. It is certainly the most famous landmark of this beautiful city. Located in the center of the city, it was built in the year 1783 and for about 150 years, it was the home of the Thai King. It is an old monument that constantly attracts the worldwide visitors every year. The beautiful architecture, amazing designs and creative craftsmanship, it is appreciated throughout the world. If you are in Bangkok or planning a trip to Bangkok, don’t dare to miss the visit of this tourist place. However, before planning anything, you gather some information about Bangkok Grand Palace opening hours. It will be really disappointing if you will be there and you find this place closed. 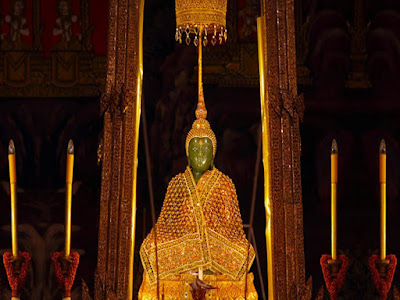 Another important thing we would like to mention is the dress code. The Grand Palace is a sacred and religious place. The spiritual feelings of Thai people are attached to this place, so you must dress appropriately when you are all set to go there. Once you know about the Grand Palace opening hours, gather some information about the dress code. You can also get this info in the mobile app described above. The thumb rule you need to follow is no naked shoulder, no shorts, and no transparent clothes. Even you can’t enter with uncovered feet. However, if you don’t have such clothes, you can get appropriate clothes for rent.

Keep the Grand Palace Bangkok opening hours in mind for a pleasant trip.
Posted by Action Show App at 22:48 3 comments:

Where is Wat Phra Kaew and How to Get There?

You don’t need to go through with any hassle as the way and the route to the Wat Phra Kaew is very simple and convenient. The most enjoyable route is to take the BTS Skytrain to Taksin Station. You can take Silom Line and get down at Saphan Taksin Station (or S6 Station). Use exit no. 2 to come out from the station. From here, the tourists can take a Chao Phraya River Express boat or cheaper if you use local boats to Tha Chang Wang Luang Pier. As it is located very close, so it will take a few minutes to reach the entrance Wat Phra Kaew and the Grand Palace from the pier. Directions to Wat Phra are easy to understand and the probably you will get an answer to the question how to get to Wat Phra Kaew from the above-mentioned details. 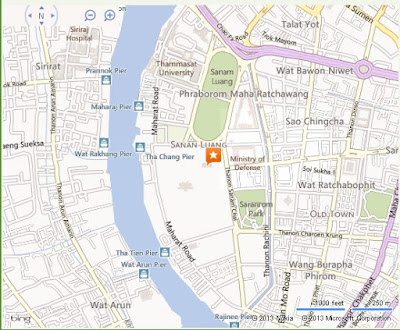 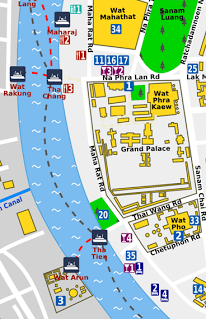 Situated in Yawarat Area of Bangkok, Thailand, Wat Phra Kaew or Temple of the Emerald Buddha is one of the most amazing and widely cherished tourist destinations. Owing to its splendid charm, wonderful architecture and historical values, it has become the pre-eminent place you must visit during the trip to Bangkok. This place was first recognized during the reign of King Rama I in 1782 when he made a decision to move the capital of Siam across the river from Thonburi. 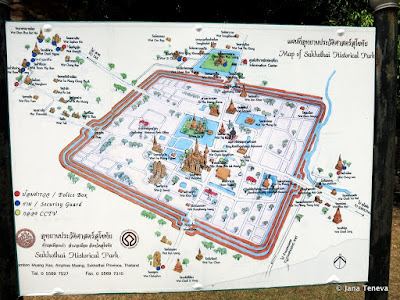 This temple is located very close to the Grand Palace that is a truly beautiful building that is designed with precision for the Royal Family. Unlike other ordinary tourist destinations, it is a sacred place, which is perfect for those who don’t just wish to explore the history and heritage of Bangkok but want some peace of mind. In the fast pace world, it is really difficult to get some calmness and relaxation. Nothing can be better than the Temple of the Emerald Buddha when your wish to take a break from fast paced world and would like to fill your mind and heart with new energy.

If you have made your mind to go to Bangkok and visit the Grand Palace along with the Temple of the Emerald Buddha - Wat Phra Kaew, it is time to know about the directions to Wat Phra and the Grand Palace. A common question that is asked by most tourists is ‘How to go to Wat Phra Kaew’. The tourists, who are going to Bangkok for the first time, it can be difficult to find where is Wat Phra Kaew. But, don’t need to worry, as we are here to share the direction of this place so that you can reach there without any difficulty.
Posted by Action Show App at 23:18 No comments: 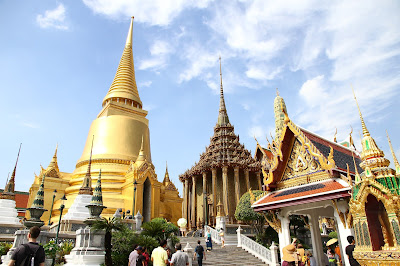 This is a temple, which has a very interesting past, and history that adds to the uniqueness and reason as to why people come here. If you look at the statue, it is of Buddha sitting in the lotus position and meditating, this is something that is not common to find in Thailand, what makes the history more interesting is that the speculations are that this statue must have been carved in India or Sir Lanka since this is a posture that is very popular in these two countries. Even the fine carvings of this statue give a very different touch, finish, and feel to it.

The Bangkok royal palace is, without a doubt, one of the most beautifully conceptualized palaces in the world. Every small detail has been considered while constructing the Palace. Right from ensuring that it has the fine architecture to the different artifacts and statues that are located across the Palace to even the Demon Guards at the entrance of the Temple; all blend in perfectly with each other.
The Palace on its own says the entire story in just the visualization of what it has to offer. Even the stupas, the scriptures, the sculptures, and every inch of placement that is there on the walls of the Grand Palace have something to say about the historic past. Each monarchy of the Royal Family has had their own share of the best side of the Palace. However, each of them also had the responsibility to ensure that the traditional values and cultures are passed down from one generation to anther and from one heir to another.

There are guards that protect the royal grand palace even today and even when there is a shift change, it is done in a proper and simonized manner. The routine is a very interesting one, which happens when one guard is going off his shift while the other is taking over. It is not just about switching places; however, the routine is a very special one, which holds significance. If you are lucky, you will get the opportunity to see the shifting of the guards and get to experience the routine yourself.
The dress code is something that has to be followed to when you are inside the grounds of the Grand Palace There are certain restrictions the type of clothing that is allowed inside the temple and it is essential that every visitors has to follow these rules. Failure to do will result in the person not being allowed to step into the temple. 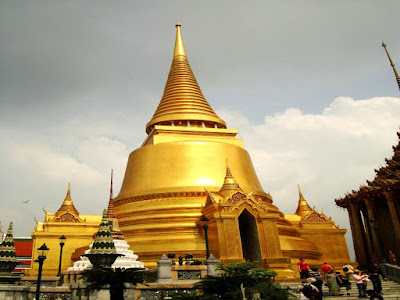 A Android and IOS app with a difference

One of the best things about visiting Bangkok is that you can download the special Royal Palace Thailand mobile app, which is available for IOS and Android smartphones. This app is developed with the intention to provide the necessary information and guidance that a person would need when they are visiting the Grand Palace. In this Android and Apple app, you will get to know what you want about the Grand Palace and The Temple.

For the travel and tourism sector, this android and IOS app has proved to be helpful since it makes things easy for the tourist.

The app also provides a variety of package deals and discounts which are helpful for those traveling in a group and want to avail certain benefits while they are on the tour of the Grand Palace and Emerald Buddha temple.

Posted by Action Show App at 04:03 No comments: